The Nerdcast 188: Wu-Tang is for the Children

The team is at Planet Comicon in Kansas City this weekend.

Iggy and Tyler are joined by Project-Nerd photographer, Noah, and Project-Nerd personality, Mia, for a con-edition episode of The Nerdcast.

The four talk about conventions, mainly food, as well as Kansas City, Brooklyn 99, and much more. 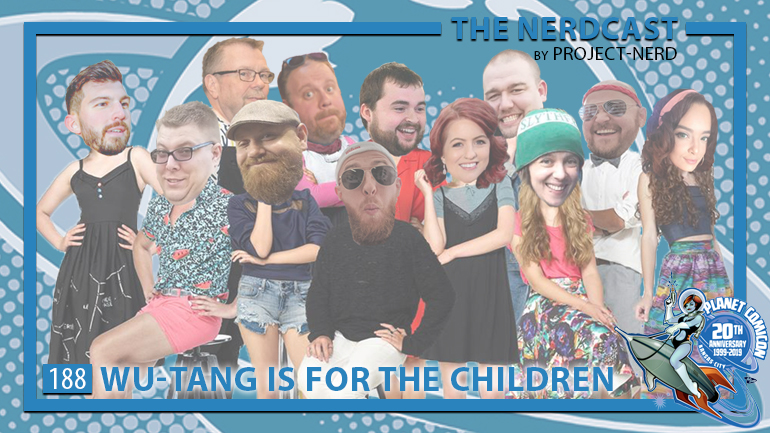 Episode 188: Wu-Tang is for the Children

Project-Nerd’s The Nerdcast is back and better than ever in 2019. Join Adam, Bob, Iggy, and Tyler as they bring you an hour of geeky goodness each week focusing on movies, comics, video games, cosplay, and just about anything else geek. Find out why Project-Nerd’s flagship podcast, which airs every Friday, has more than 10 intentional listeners and thousands of accidental ones.